Tom has worked on documentaries and in public television since 1994. He associate produced the Sundance award-winning film Licensed To Kill (POV-PBS),and co-produced the current film festival award winning film Code Black. Tom co-produced and edited Fender Philosophers for PBS and Camp Out (Logo). He has edited the feature documentary films, Rock the Boat (HBO), Good Kurds, Bad Kurds (Slamdance, Independent Lens-PBS), and Home of the Brave (Sundance). He produced and directed the award-winning feature documentary, ONE BAD CAT: The Reverend Albert Wagner Story (Ovation). Tom is currently producing and directing the feature documentary Limited Partnership, about a gay couple who are the pioneers of same-sex marriage and immigration equality for the past 40 years. Other credits include producing television films for Discovery, and WNET’s series on disabilities, People in Motion. Tom is also on the board of the International Documentary Association and has been teaching editing, documentary filmmaking and mentoring the Sloan Science films at the USC School of Cinematic Arts since 2004. He is a member of the Academy of Television Arts & Sciences and the Writer’s Guild of America, West. He is also a pediatrician and has served as medical consultant for Sesame Street and other film and television series. He graduated with a BS degree in zoology from The University of Michigan, an MD from the Medical College of Ohio and an MFA from the USC School of Cinematic Arts. 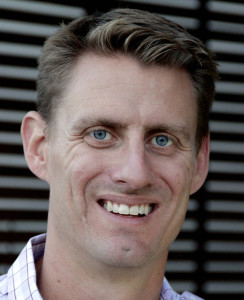 Kirk has worked in television and documentary filmmaking for nearly 20 years. Most recently he produced and directed “The Life and Crimes of Doris Payne,” a multi-award-winning documentary about an 80-year-old jewel thief that premiered at Hot Docs in 2013. He also produced and directed the feature documentary, “Camp Out,” (Logo) which tells the story of the first Bible Camp for gay teenagers. Marcolina’s television work includes co-executive producing “Boy Meets Boy” (Bravo), “Gay Weddings” (Bravo), “Switched” (ABC Family), and “That Yin Yang Thing” (TLC). Marcolina also directed the Disney Channel documentary series “Bug Juice,” and has edited many reality-based and documentary series. Marcolina has taught Documentary Production at California State University, Long Beach and was a Trustee of the International Documentary Association. He received his MFA in Film and Video Production from the University of Southern California, and his BA in Communication from the University of Pennsylvania.

Karen is a production executive with Langley Productions, the company behind the long-running documentary series “COPS,” where her responsibilities include developing new programming as well as overseeing operations for the company at large. She has served as Supervising Producer and/or Executive in Charge of Production on several non-fiction series including “Vegas Strip,” “Inside American Jail,” “Video Justice” and “Anatomy of Crime.” Prior to joining Langley, Karen was a producer for syndicated news magazine shows “Personalities” and “Entertainment Daily Journal,” and production manager for feature documentary “Marilyn: Something’s Got to Give.” She currently serves on the Board of Directors for the International Documentary Association. 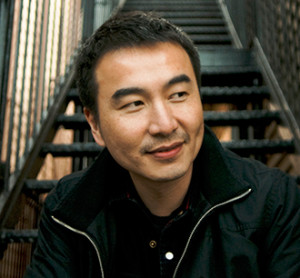 Leo is a Taiwan-born, San Francisco-based filmmaker. His current documentary, Mr. Cao Goes to Washington, won the Inspiration Award at the 2012 Full Frame Documentary Film Festival. His previous film, the Emmy® Award-nominated A Village Called Versailles, about the rebuilding and transformation of the Vietnamese American community in post-Katrina New Orleans, picked up eight film festival awards, aired on PBS Independent Lens series, and has been acquired by more than 200 academic and public libraries. His other films include To You Sweetheart, Aloha (PBS broadcast 2006), One + One (CINE Golden Eagle Award 2002), and Safe Journey. Leo also collaborates with other documentarians as an editor (True-Hearted Vixen, POV 2001; Recalling Orange County, PBS/VOCES 2006) and as a cameraman (Ask Not, Independent Lens 2009). Leo received his M.F.A. in film production from University of Southern California. He is also a lecturer in the Social Documentation program at University of California, Santa Cruz.

Nancy has worked in unscripted, documentary, and reality production for over fourteen years. Her over 50 full-season credits include everything from Big Brother to Blind Date to The Bachelor, The Osbournes, America’s Next Top Model, Making the Band, many cities worth of Real Housewives, and even a few shows she would rather not mention. Most recently she DP’d MTV’s Hoods and House of Food and is currently DP-ing the next season of Lifetime’s dance competition series Bring It!. Nancy has an M.A. in Film and Video Production from the University of Southern California and a B.F.A. in Photography from Michigan State University. 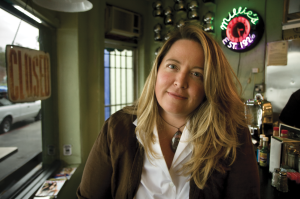 For more than 20 years, Shana Hagan has photographed Oscar and Emmy- winning documentary and narrative feature films, shot countless hours of nonfiction and reality-based television, filmed many commercials, and worked with such distinguished filmmakers as Michael Apted, Jessica Yu, and Tom Miller. Her work includes the Oscar-winning BREATHING LESSONS and 11 Sundance Film Festival selections including QUEEN OF VERSAILLES, SHAKESPEARE BEHIND BARS, and AFTER INNOCENCE. Shana was chosen to be a Director of Photography at the prestigious Sundance Filmmaker’s Lab in 2003 and has been nominated for an Emmy for her work on SURVIVOR: CHINA. Shana filmed the pilot and four seasons of the NBC hit comedy PARKS AND RECREATION, was the 2nd Unit DP on the Netflix ARRESTED DEVELOPMENT series, and shot four seasons of SURVIVOR and three of THE APPRENTICE. Her commercial work includes spots for KOHL’S, ARMY, DISNEY, FORD, TOYOTA, KODAK and others. Her feature documentary work includes MISCONCEPTION, FOOD INC, LAST CALL AT THE OASIS and Tom Miller’s award-winning ONE BAD CAT. She is involved with a number of ongoing documentary projects including Michael Apted’s MARRIED IN AMERICA series. 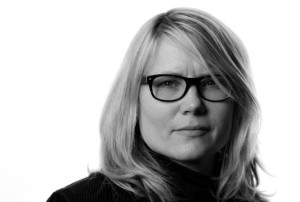 Amy Adler was born and raised in New York City. She received an MFA in Visual Art from UCLA and an MFA in Cinematic Arts from USC. She has had one person shows at museums and galleries worldwide. Amy lives in Los Angeles and is Associate Professor of Visual Art at the University of California San Diego. 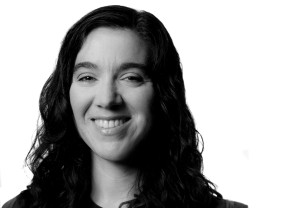 Rebecca Louisell is a filmmaker with a mission to make media that matters. With an undergraduate background in fine art photography and mixed media, she later worked in the nonprofit sector before returning to graduate school for film production at the University of Southern California (USC). While at USC, Rebecca was recipient of several scholarships, a College Television Award and several festival audience awards for her student work. In addition to writing and directing fiction, Rebecca is currently involved in producing three documentary films, two of which have surpassed crowd sourcing fundraising goals via the Indiegogo platform. Rebecca has raised over $1,000,000 in funds for youth programs and documentary films throughout her career. 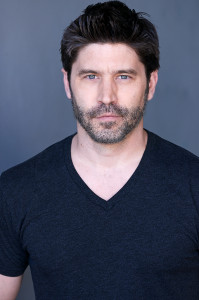 David was born in the UK and moved to America after a successful career in music. He starred in the Sundance Film Festival indie darling Quinceañera which won the Fest’s Grand Jury Prize and Audience Award, a Spirit Award, and a GLAAD Media Award. As a filmmaker his feature I Do picked up 13 awards at over 35 film festivals worldwide including Palm Springs International’s Best of the Fest. The crowd funded film which David wrote, produced and starred in, opened theatrically in the U.S. in 2013. David was recently featured in Stephen Fry’s Out There documentary for the BBC. 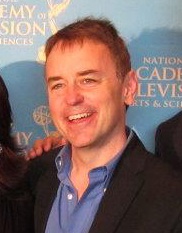 Carl’s most recently Co-Produced and Co-Edited the political mockumentary, Janeane from Des Moines, which premiered at the 2012 Toronto International Film Festival. Carl received his M.F.A. from the UCLA School of Film and Television, where his thesis film, The Confession, won a Student Academy Award. His other film, Boy Next Door, screened at over 70 international film festivals and aired on the Sundance Channel, HBO, Showtime, and Channel 4 (UK). Pfirman edited the Emmy-nominated feature documentary A Small Act (Sundance, HBO). Other editorial credits include feature documentaries The Hill That Chris Climbed, The Making of an Avant-Garde, and Beam Drop about the controversial artist Chris Burden.  He also edited the narrative feature film The Hanged Man.  His commercial work has been honored with a CLIO award and a GOLD PENCIL from the New York One Show. 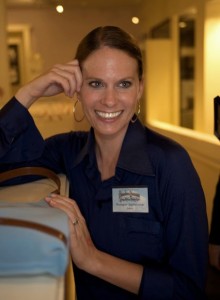 Monique has edited, written, or produced films which have won awards worldwide including at the Sundance, Los Angeles, and South By Southwest Film Festivals. She is the winner of an INSIGHT award for Excellence in Editing/Story Editing for her work on The Shape of Water, narrated by Susan Sarandon. In 2006, a short film she produced and edited, called The Wraith of Cobble Hill, won the Jury Prize in Short Filmmaking at Sundance and was short-listed for the Academy Awards. The following year, Monique cut Circus Rosaire, which premiered at Slamdance and won Best Feature Doc and Audience Awards at several festivals. In 2009, she finished cutting The Legend of Pancho Barnes and the Happy Bottom Riding Club, featuring Kathy Bates, which went on to win a 2011 Emmy Award for Best Film in the Arts & Culture/Historical category. Among her latest projects is The Light In Her Eyes, about a Qur’an school for girls in Damascus, Syria, which aired on POV and is touring the world as part of the Sundance Institute’s Film Forward series.

Josh is one of the rare sound guys who enjoys working in both production sound (mixing/recording), as well as post production (sound editing and design), and has an awesome command of both.  Recent credits include the Academy-Award winning documentary “20 Feet From Stardom,” (as additional production sound mixer) and Google’s most recent “International Women’s Day” video (as sound designer/re-recording mixer).  Josh is fluent in Italian and Spanish, loves to travel, but primarily resides in West Los Angeles with his wife and two boys. 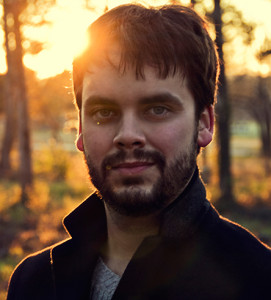 Eric Robbins works as a post-production supervisor and online editor. Since arriving in Los Angeles in 2009, he’s earned an MFA from USC’s School of Cinematic Arts and has built a career centered around post production. His recent credits include Code Black (which went on to win the Los Angeles Film Festival 2013 documentary award), Rory Kennedy’s Last Days in Vietnam (which premiered at the 2014 Sundance Film Festival), and Limited Partnership. He currently resides in Los Angeles with his fiancee. 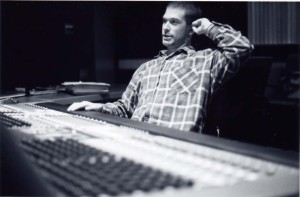 Adam Parrish King grew up the son of two scientists in the foothills of the Smokey Mountains in Tennessee. He now works as a sound designer and re-recording mixer for television and film in Los Angeles, occasionally paints and nightly plays the piano. His favorite distractions are soccer, chess, learning Spanish, drawing with his 8-year-old daughter, and having long conversations with his wife over delicious vegan grub. 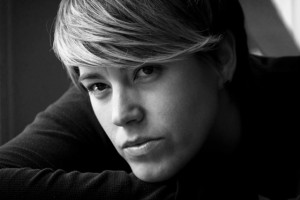 Allyson Newman earned her Masters degree in Composition at the Sydney Conservatorium of Music. Her earliest film project “Watermark” screened at the 2003 Cannes Film Festival. In 2004 she moved to Los Angeles to study film scoring at the University of Southern California and has since been working in the film and television industry. Last year Allyson scored the indie feature “This Thing With Sarah” and has scored multiple TV shows including the Emmy Winning “Children’s Hospital”. 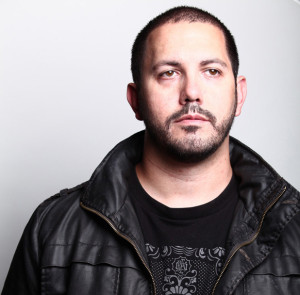 Zack Ketz is an artist, a filmmaker, and Air Force veteran from Virginia.

Limited Partnership is a co-production of Tesseract Films Corporation, Treehouse Moving Images, LLC and the Independent Television Service (ITVS), with funding provided by the Corporation for Public Broadcasting.

You can also watch the PBS - Independent Lens version by logging into your provider here: