Limited Partnership is the love story between Filipino-American Richard Adams and his Australian husband, Tony Sullivan. In 1975, thanks to a courageous county clerk in Boulder, CO, Richard and Tony were one of the first same-sex couples in the world to be legally married. Richard immediately filed for a green card for Tony based on their marriage. But unlike most heterosexual married couples who easily file petitions and obtain green cards, Richard received a denial letter from the Immigration and Naturalization Service stating, “You have failed to establish that a bona fide marital relationship can exist between two faggots.” Outraged at the tone, tenor and politics of this letter and to prevent Tony’s impending deportation, the couple sued the U.S. government. This became the first federal lawsuit seeking equal treatment for a same-sex marriage in U.S. history.

Over four decades of legal challenges, Richard and Tony figured out how to maintain their sense of humor, justice and whenever possible, their privacy. Their personal tale parallels the history of the LGBT marriage and immigration equality movements, from the couple signing their marriage license in Colorado, to the historic U.S. Supreme Court rulings on gay marriage in June 2013.  Limited Partnership celebrates Richard and Tony’s long path towards justice and citizenship as they challenge the traditional definitions of “spouse” and “family.” This tenacious story of love, marriage and immigration equality is as precedent setting as it is little known&hellipuntil now.

Richard and Tony’s personal journey is set against 40 years of historical and political clashes. These critical moments in history are explored through the use of television news clips, newspaper headlines, radio announcements, Tony and Richard’s personal photos and letters, interviews, and animated graphics. Through artful juxtaposition, these sequences dynamically contrast Richard and Tony’s personal battle with the evolution of America’s values, the LGBT and mainstream marriage equality movement, and modifications in U.S. immigration policy. 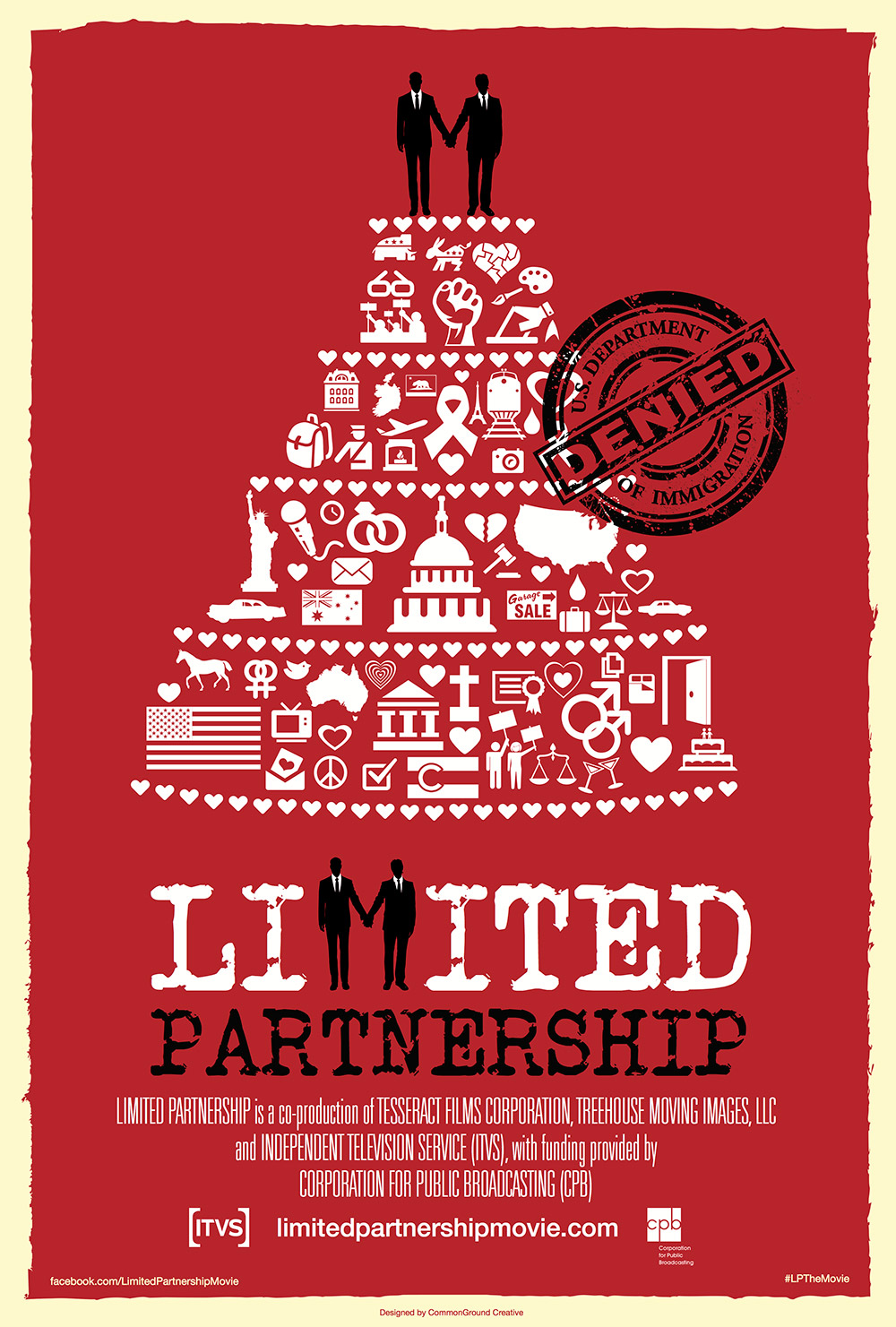 Limited Partnership is a co-production of Tesseract Films Corporation, Treehouse Moving Images, LLC and the Independent Television Service (ITVS), with funding provided by the Corporation for Public Broadcasting.

You can also watch the PBS - Independent Lens version by logging into your provider here: